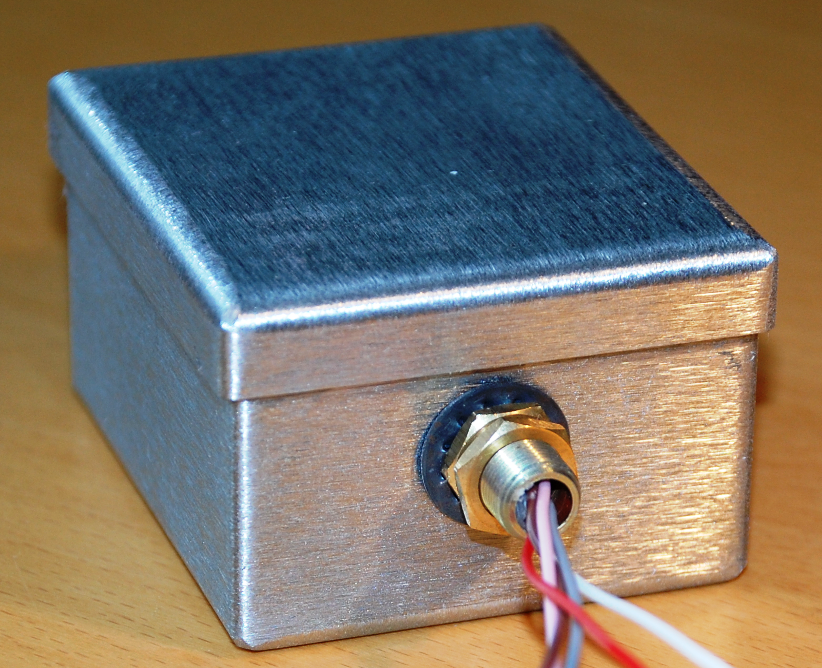 Already in the very early days of the DDDAC I wanted to be able to use the PCM1794 to it full content in Mono Mode by means of an OPT. This would give the following benefits:

The problem I faced was the small residual DC off set between the DAC outputs (POS and NEG can have somewhere between 0 and 30mV max) This might magnetize the core and introduce more distortion and non linearity. I sought help with Brian Sowter and we discussed the issue. Jumping ahead, the solution is to have a low induction on the primary by having a low number of windings. This contradicts the theory of a ideal transformer where you want infinite Induction to have a 1:1 transfer of the load to the primary at all frequencies. Normally transformers are 600:600 or even 10k:10k. Meaning the source impedance is like 600 or 10k ohm. To have sufficient low frequency response you need an induction which is in line (ratio) with the source impedance as we have a R-L high pass filter with the source impedance and the primary winding . But if the impedance is “high” you are more likely to magnetize the core with some DC offset. So what to do?

OK, long story short. Brian Sowter came up with a model which can easily swallow the expected DC offset by having a low number of primary windings and consequently low inductance. This would correspond with a source resistance of roughly 50-100 Ohms to have sufficient low frequency response. The difference with off-the-shelf transformers is clear.

The only con is that you indeed need to have that low source impedance. Four DDDAC Decks are having 66 Ohm output impedance (133 ohm Rload /4 and as two outputs are used to go to the OPT, this doubles again effectively: x2) We end up with: 133/4 x 2 = 66 Ohm…

Finally I had the OPT designed for two outputs options at the secondary 1:1 and 1:2 so the max output could be 6dB higher to give some extra gain (Max 4.8V rms at 0dBFS)

Over the years, always questions popped up on the technical and measured aspects of the Sowter. Especially what kind of LOAD the transformer would like to see. I typically used 100k as is common in single ended outputs. To be honest I never took time to make it a comprehensive story, so here we go. I started the old fashioned way: Taking a sinewave generator and a millivolt meter and plot the “curve by hand” by noting the values and putting it in an Excel Sheet. Simple reason, the Audio Precision System Two I have, “only” goes as far as 200kHz and yes (!!) the bandwidth of the OPT is beyond that (thanks to the low number of windings / low inductance at primary)

Below is the result from the values in Excel and using the graph function. The high frequency response is extremely good for an OPT 🙂 the -3dB point is roughly at 400kHz (!!) and up to 100kHz an almost straight line. Meaning almost no phase shift…Nice for 192kHz tracks or ripped SACD tracks or converted DSD256. The RED line is the response with a load of 100k Ohm and the BLUE curve with a load of 1200 Ohm (sorry I made a small mistake in the graph text). The 1200 Ohm load will reduce the output a little bit. Specifically when using (as here) the 1:2 output. The load is now 300 Ohm (1200/ 2^2), so there will be a -1,7dB drop with a four deck DAC

The LOW frequency response is totally depending on the source impedance and a little (negligible) bit on the load impedance (1k2 or 100k here). Please NOTE that these measurements were done with 50 Ohm Source impedance (the generator has 50 Ohm Output….) But this is very close to the 4 Deck set up. Now every doubling of source impedance (like 2 decks only) will shift the low frequency point (-3dB) one octave to the right. Going back to the DDDAC you will roughly get the following -3dB points….

I also did some other measurements to complete the picture on this OPT. The AP2223 has some excellent features to measure other complex aspects of the transformer. Special interest is the THD distortion and the spectrum of course. I made a test setup simulation for a DDDAC with 4 decks: 66 Ohm source impedance – let’s see:

First of all a frequency transfer using both load 1k2 and 100k. This normalized at 0dB / 1kHz to show the difference in transfer. You can clearly see the overshoot shown before. Also the fact you get a 0,5dB stronger Bass at 20Hz (for what that is worth…)- Never the less this is a more than excellent result!

Now the same without normalizing, so you see that the output is roughly 2dB less with a load of 1k2. Up to the user which one to select!

THD as a function of the frequency and input voltage

This tells us how well the Sowter behaves at low frequencies… The curves are for 0dBFS (2.4Volt rms) and following -6dB, -12dB, -18dB… As you see, no jumps in the curve, indicating there would be sudden saturation. Being able to play 20Hz at 0dB with only 2% THD is very good. Your woofer probably will not be able to match that at serious listening levels 😉 The fact the transformer does 10Hz at only + 3% THD tells it all. Bass is no issue for the DDDAC Sowter

THD shown by use of a FFT

Of importance is also how the spectrum of the distortion is made up from. So I made some FFT graphs. But to be honest, these plots are getting pretty busy and it is hard to see what is actually happening. So I created this cut out version only showing the peaks above -60dB. To clarify, this represents a distortion of 0,1%. Below that I though, who cares?

So the predominant one is d3, but on a very acceptable level, knowing we are talking about deepest bass frequencies. In the normal music range where d3 could be disturbing the values are all below 0.1%

No measurement without listening to music afterwards and see if we can find any correlation… I have been listening to both loads and I could not really tell a big difference. With the 1k2 load it is a little bit rounder… May be as the overshoot effect is so high in the frequency band…. Having said so, if your total audio chain tends to be at the more crisp side of things, the 1k2 load might round thing a tad. So it is worth trying in your own set up !!

In general, listening to the Sowters transformers give a very broad and deep sound stage and the most impressive is the bass reproduction. Very tight and very dynamic. This in comparison with several off the shelf OPTs I have heard. Specially when playing deep electronic bass tones (20-30Hz or so) at full power (0dB FS) smaller transformers will tend to saturate early and sound less powerful, even dull or weak sometimes. The mids are pretty direct, you will not a get a mellow tube like sound from the Sowter. If you prefer sound like that, better use caps with single ended. That will add d2 again (tube single end sound). Or use smaller off the shelf transformers. They tend to sound a bit warmer, which depending on audio chain may sound more pleasant.

4 thoughts on “The DDDAC Sowter OPT”