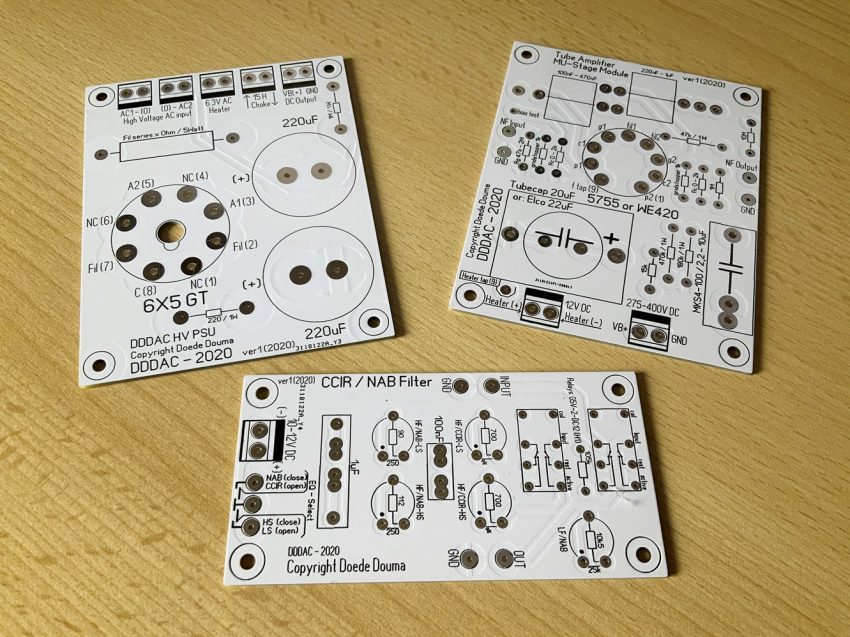 An introduction to this somewhat confusing topic

As mentioned in the earlier PR99 blog, I wanted to design and build a universal tape head amplifier. Just for fun and to see what I could squeeze out of the magnetic source, avoiding the internal Revox electronics. Which sounds great, but honestly I still do not get it as it is full with electrolytic capacitors and overall feedback in the signal path 😉

As I was relatively new (again) to this whole topic I needed to get my head wrapped around the equalizations being used. Honestly, if you google you get a lot of fragmented information, but I could not find clear overall information on the EQ and what signal was coming from the tape head it self… So I had to do that my self – here it comes:

First of all I like this smaller overview (below table) of the EQ time constants (and corner frequencies) being used most commonly. There are much more, but I wanted to stay practical. My focus will be on the ones below – except the 1.875 and 30ips – I will not go into detail why these are as they are (like NAB mostly American and CCIR European) as on that topic there is sufficient other reading material on the web

How to come from micro seconds to a EQ filter design?

I am using TINA Basic 12 spice simulator for developments like this. The way I work is to define an ideal curve as reference. Goals is of course to have this next to a spice simulation of a real world design later on (with an amplifier and normal parts) and compare the two curves till they match best – tweak values and automatically having the draft for first prototype ready. For the EQ example I am using the “ideal opamps” in the Tina library and put a RC filter in between two op amps with the right (see table above) corner frequencies and adjust gain so they are all on 0dB at 1kHz:

At the right you see a sneak preview of the EQ amplifier passive filter I came up with tweaking in TINA till the curves almost matched – a separate blog will come when the first prototypes have been built. PCBs are on their way

NB: These values are only working with a low impedance source and 330nF couple capacitor and a high impedance input follower stage…

One switch will enable you to basically select between NAB or CCIR and the second one to select which speed (7.5 or 15 ips for CCIR and 3.75 and 7.5 for NAB) – Front panel switch or relays is up to you (and me – I will use relays to keep the signal path short…)

What signal comes from the reproduction tape head?

Round this passive filter you need quite some gain to get an output voltage of let’s say 2V rms for your main amplifiers. For example looking at the CCIR @ 30 Hz curve above, you would need already 30dB to even compensate for the lower output from the tape head versus the 1kHz reference. After that you need gain to get from the tape head 1kHz to desired output level plus some headroom…

So I needed to know what comes out of a tape head. Google? I could not find anything other than loose and incomplete information, so decided to do it my self. using the Audio Precision Audio Analyzer with source input to the PR99 at 0dbU level. Recording the sweep signal (30Hz-20kHz) and connecting the AP input directly to the head with a strong bandpass filter to avoid noise and hum influence. I only needed a rough idea, so this worked fine for me.

Below is the curve and as you see the output is very low, almost like a MD cartridge. I measured 2.2 mV at 1kHz. Also note the 100uV in the low frequencies – This told me I would need at least an overall gain of 20.000 to get to 2Vrms – of course you would most likely want some headroom for low level recordings. So this could be even more like 60.000 to 100.000. As I wanted to use tubes (transistors and opamps are already inside the Revox PR99 😉 ) it is clear this will be 3 stages (!) and as you want low impedance outputs for the filter, it has to be MU Stages like in my Phonodude design. But more about that in the blogs to come 🙂

I hope I gave some short and clear information on the equalization topic and how filter and amplifier design requirements will have to look like.

I hope you are as intrigued as I am right now and interested how a direct tape head amplifier will look like and how it will sound. PCBs are on their way and after my upcoming vacation, I will start building first prototyping and do some first testing & trials. And of course blog about it as promised!

ohh… just one day later and the PCBs arrived ! So no official “update” just added the image below. May be I can find some time before I go on vacation to do first test…